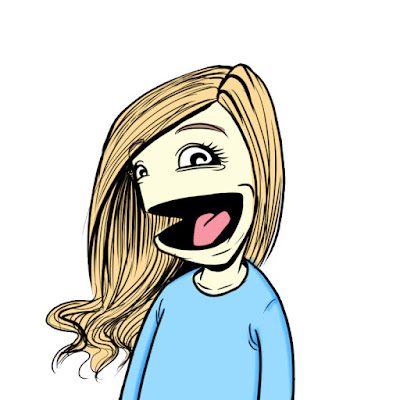 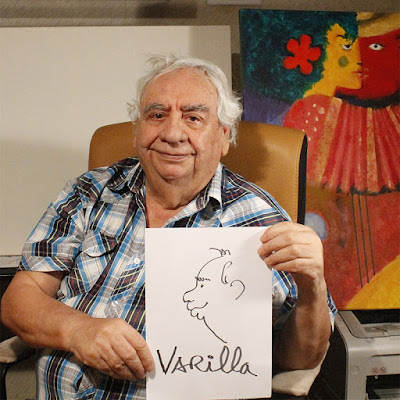 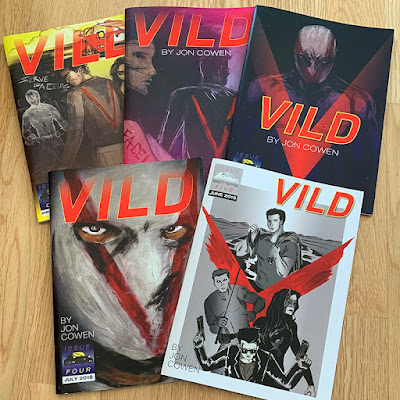 Tell us about yourself! Who are you?
- I am a British comic book creator/ graphic designer based in Malmö. I have a wife and 4-year-old son, and I like to make comics when I have any spare time. In December 2014 I started publishing as Vild Studio. Vild Studio’s titles are available on Amazon’s Comixology, in print at comic book conventions, and at vildstudio.store.
What kind of comics do you make, and how did it all start?
- My current project is a mix of American superhero archetypes with Japanese science fiction. I started making comics when I was very young, 8 or something… I had not much else to do. I have always loved American comics, I used to look for Daredevil and Batman comics in my local corner shop. I love 80s and 90s Japanese manga, Ghost in the Shell and Gunsmith Cats are some of my favourites. British comics have always been there too, like 2000 AD/ Judge Dredd, and Marvel UK - which was very much its own thing until it closed down. These are all influences I still use in my work to this day.
What are you going to sell at Malmö Comics Fest?
- I will be selling my Action/Sci-Fi series Vild, like most comic books Vild is a wild tale. It's about a private detective/ex-assassin, who must save an old friend from a cybernetic cult called Faceless. Vild is a six-part series, but only 5 issues will be on sale. Six is only halfway finished. I will also be selling illustrations and other merc. Come and say hello and let me practice my bad Swedish on you!
Any tips you’d like to give someone who wants to start making comics and/or fanzines?
- Buy some pens and paper, or, get yourself a digital device to draw on, and get started. I think the best way to learn something is start doing it, and don’t be afraid to make mistakes.